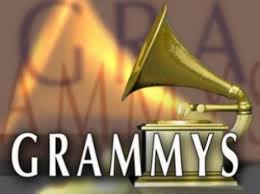 Nominees for Best Hard Rock Performance and Best Metal Performance in the 53rd annual Grammy awards have been announced.

It’s the second nomination in a row for Alice in Chains, Lamb of God, Megadeth and Slayer. Maiden has been nominated twice before but never won. Ozzy has won Best Metal performance twice. Soundgarden won both awards in 1995. Slayer and Korn have two awards each and Stone Temple Pilots have one.

The award ceremony takes place on February 13 in Los Angeles, with the rock and metal awards traditionally held in a lower-key venue than the main televised event.

Last year’s Best Hard Rock Grammy went to AC/DC for “War Machine,” which won over Alice in Chains’ “Check My Brain,” Linkin Park’s “What I’ve Done,” Metallica’s “Unforgiven III” and Nickelback’s “Burn it to the Ground.” The Best Metal Performance was won by Judas Priest for “Dissident Aggressor,” which was up against Lamb of God’s “Set to Fail,” Megadeth’s “Headcrusher,” Ministry’s “Senor Peligro” and Slayer’s “Hate Worldwide.”