There are some albums that get the worst rap because of a change in sound or leaning towards another genre altogether.  I’m not here to talk about albums that just flat out suck, but albums that are still catchy as fuck are cool by me.  Sure, you’re not going to hear me tell you how Metallica’s Load and Re-Load albums were masterpieces, but I will totally admit that if you took 7 songs off of each you could have created one hell of an album.  I know this will probably get the elitist’s panties in a wad tighter than Matt Heafy’s girly jeans.  Actually, so will any Trivium reference in general. 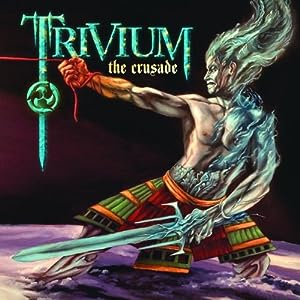 Since I made the Heafy remark earlier it reminded me of this album which wasn’t going to get included in the list due to the fact that most critics hailed this album as the second coming of Metallica.  However, most music fans took this as a blatant rip off and it’s become a punching bag for metal fans everywhere.  While the Metallica comparison is justified, the album is one of the catchiest albums I own.  I was always a modest fan of theirs and have caught a lot of shit over it over the years and I was happy for the different vocal approach here.  Ascendancy hinted at a change of vocal style but was so well received from the metalcore world that it seemed like a bad business move to shift course.  I say they could have always gone from decent screaming to horrible, whiny vocals like, say, Avenged Sevenfold… 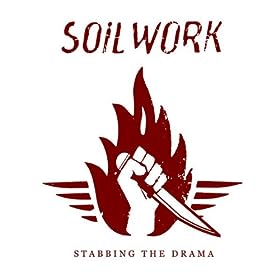 This is the album where Bjorn realized that he had a singing voice worthy of being prominent in the metal world with.  This was also a huge step in the wrong direction from Natural Born Chaos in terms of being heavy.  The Swedish melodic death metal sound was gone here except for in small doses and replaced with more headbanging tunes that would get new audiences looking for something other than Killswitch Engage involved.  I guess the thing with this album that I still enjoy is that all 12 songs are still catchy and none of them are shitty ballads that you need to skip over. 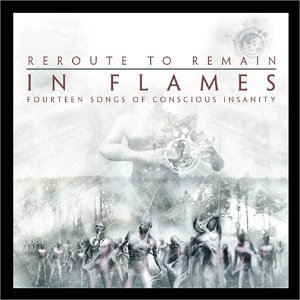 In Flames – Reroute To Remain

If it weren’t for this album, In Flames would still be one of those bands that kids namedropped at metal shows that nobody was aware of.  For as great and reveled as they are, neither Clayman nor Colony were going to give In Flames mainstream success.  Sure, they’re great albums, but Anders had already achieved that sound with Dark Tranquillity.  Fifteen years later, DT are still looking for their big break, so it’s hard to fault In Flames here.  Reroute To Remain mixed in a little bit of industrial with the melodic death metal sound and also went from very fast to very slow vocals in the flick of a switch as seen in songs like ‘System’.  That shock proved to be entirely too much for most fans of theirs who seemingly gave up on them after that.  I will admit that when I first heard ‘Cloud Connected’ it gave me a false illusion of what the rest of the album would be like, but I still dig the shit out of this album to this day. 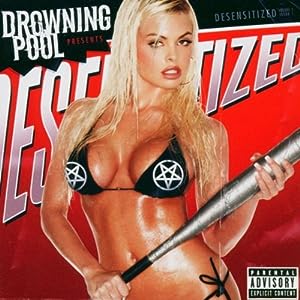 Don’t worry; I’m not going to even try to compare this album to Drowning Pool’s debut Sinner here.  That album will always be their defining moment no matter what they do from here on out and I wouldn’t be stupid enough to argue that with anybody.  The thing that I liked about Desensitized is that vocalist Jason Jones wasn’t out to imitate the late Dave Williams but to create a new sound.  The new sound was a straightforward rock approach a lot like Damageplan did on their New Found Power album which was released two months prior but generally liked.  When I feel like driving fast and beating on my steering wheel, this is a cool album to put on.  Also, ‘Love and War’ happens to be my favorite post-Dave song of theirs. 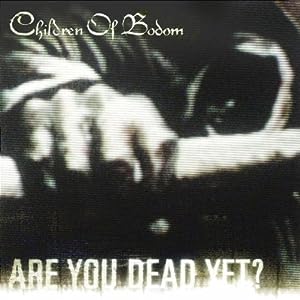 Children Of Bodom – Are You Dead Yet?

I know this is some sort of metal sacrilege to like this album apparently, however I do.  I understand why everybody wanted them to put out Hate Crew Deathroll every year, but if they did they’d still be in the same boat as pre-Reroute In Flames.  The nonstop play that ‘Are You Dead Yet?’ got on Headbanger’s Ball is what brought them to prominence in the states with everybody but the diehard metal fans.  ‘Living Dead Beat’ is one of their catchiest songs and a staple for their setlist, with ‘In Your Face’ not far behind in catchiness.  Granted, the lyrics are fucking cheesy as hell on songs like ‘Punch Me I Bleed’ but they always have been. Besides, people generally don’t listen to Bodom for the emotional attachment factor anyhow.

This album was a tough pill to swallow for most C.O.C. and sludge fans since they were used to the more abrasive, heavy sound of the band up until 2000.  America’s Volume Dealer featured straight up metal songs like ‘Diablo Blvd.’ and ‘Congratulations Song’ but then songs like ‘Double Wide’ and ‘Stare Too Long’ which could have been country songs for some bands.  The album became a good stepping stone into the non mainstream rock world for me being only 14 at the time.  Back then I was strictly Metallica, Nirvana, Ozzy, etc., and for some reason I bought this album at Walmart and it opened me up a new sound of what was and wasn’t metal.  Sure, it’s not Deliverance but it still gets played a lot when I’m just lounging around and don’t need to have my face melted off.