Teen Abandons Slipknot After Trip To His Local Safeway 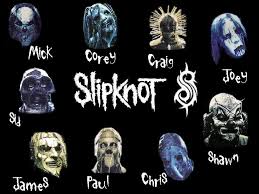 SAN JOSE–Popsicles in the cart? Check. Burgers and ketchup? Check and check. Stone Sour on the intercom? Fuck.
Steve Hutchinson, 14 of San Jose, returned from a Saturday trip to his local Safeway supermarket with his mother Sue and immediately removed the Slipknot albums he “borrowed” from the internet from his hard drive after hearing Stone Sour’s ‘Through Glass’ on the market’s speaker system. The final straw for young Stephen came when he heard his mother humming along to the ditty which is sung by the same Corey Taylor that once proclaimed that he wants to “slice your throat and fuck the wound.”
“I gave my heart and soul to this band,” said Steve. “Granted, I never gave them a dime because I just downloaded their stuff from Kick Ass Torrents, but I still feel betrayed. They owe me. And they owe me big.”
Puking on the second stage on Ozzfest to the supermarket muzak station in six short years is a long way to travel for Taylor who hopes to play with the Des Moines Ballet by 2017.

← What is a Biffy Clyro? The Question On Everyones Lips
ARCH ENEMY Recording New Studio Album →