With great music comes even greater egos which is where most breakups usually come from unfortunately.  Of course there are also tragedies and drugs which are the second and third most likely reason for a bands’ demise.  It’s not often that a band pulls an Isis and just calls it quits over a lack of creativity.  Usually it’s a System of a Down type of split, which is messier than a paternity test on Maury with all of the crying and swearing included.  I’m not asking to resurrect the dead here or to ask Axl and Slash to kiss and make up, but there are some reunions that just make good sense.

This is the first one that comes to mind for me when I wonder why a band won’t just suck it up and reunite.  Then I remember that Rob Zombie is a bit of an asshole with an ego the size of his home state of Massachusetts.  White Zombie officially disbanded in 1998,

shortly after his release of his solo debut Hellbilly Deluxe. Hellbilly Deluxe has the same signature sound that made White Zombie so awesome, which is why it’s going to be Rob’s most coveted work.  Frankly, everything he has made since then has pretty much sucked because he’s been too caught up in making sure his talentless, hot wife has an acting career.  Or as Rob likes to call it, being a director.  People want to see ‘Thunderkiss ‘65’ from the band that shared many stages with Pantera, not ‘Foxy, Foxy’.

Acid Bath has been forever immortalized in the underground metal scene with the releases of 1994’s When The Kite String Pops, and 1996’s Paegan Terrorism Tactics.  Although they never achieved mainstream or notable success from 1991-1997, they became an icon with a lasting legacy in the doom, sludge and death metal world.

When bassist Audie Pitre was killed by a drunk driver in 1997, nothing more would become of Acid Bath aside from a bootleg DVD and later a Demos album in 2005.  Dax Riggs has continued with a number of side projects, and Sammy Duet is the guitarist in Goatwhore, but the nagging from tens of thousands of fans who are even now discovering and falling in love with their sound lingers.

I’m still waiting to know the real reason why Stabbing Westward called it quits.  Sure, the self-titled swan song of theirs was pretty lame compared to the rest of their stuff, but this was a great band who indirectly paved the way for so many other industrial rock and metal bands.  Once upon a time when Nine Inch Nails were dominating the airwaves with ‘Closer’, Stabbing Westward had ‘What Do I Have To Do?’ and ‘Shame’ both on the US charts.

Their biggest downfall, all of the retarded kids who knew one NIN song, thought these were new Nine Inch Nails songs.  I can’t count how many times from eighth grade until college I had to correct musical halfwits of this.  The next question always was, ‘Who’s Stabbing Westward?’  Stabbing Westward has penned some of the darkest lyrics about relationships and humanity ever. Lead singer Chris Hall went on to form The Dreaming, which has achieved very little, which is more than any other member of the band has done since.

I know that I’m dreaming here, but for as long as all of the remaining members of The Wall era, minus keyboardist Richard Wright, are alive, I will still hold out hope for at least a couple of shows or something.  Sure, Roger Waters and David Gilmour are each creeping up on 70, but everyone knows Waters is still a performer to this day.  The two decade long animosity between Waters and Gilmour also seems to be dying down. 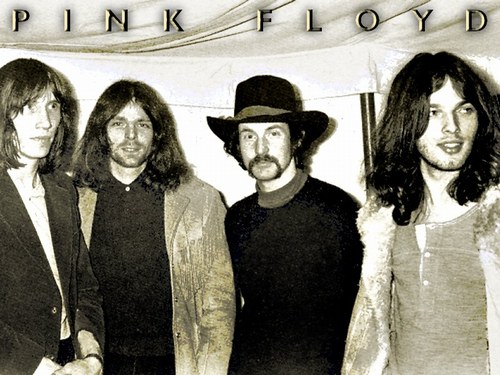 Last year they performed together for charity, and David Gilmour has agreed to play ‘Comfortably Numb’ on one of Roger Waters’ upcoming renditions of The Wall.  Also this past Tuesday (Jan 4, 2011), Pink Floyd signed a five year deal with EMI records to continue their music sales.  One can only hope that this is the end of the bad blood and there is just a glimpse of hope for one last tour.  After all, this is one of the bands that most of us from the ages of 15 to 60 used a stepping stone to all things rock.

Let’s face it, SYL embodied everything that was fucking metal.  From Gene Hoglan’s monster drums to Devin Townsend’s monster vocals and now defunct skullet, they were a force in metal.  They were one of the most commanding live shows in metal as they found a way to blanket pretty much every genre of heavy metal with their sound.  After five albums and finally achieving notable success with their final album,

Devin Townsend basically told us that he didn’t give a fuck anymore because the band was getting too big.  We are now left to wait for his solo experiments hoping for a taste of the SYL magic which hasn’t come yet.  Now that Byron and Gene have moved on to Fear Factory, it’s pretty hard to get my hopes up for this reunion.