The Story Behind The Song ‘Jeremy’ by Pearl Jam 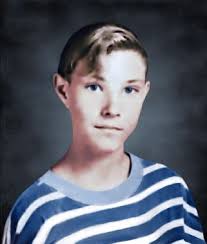 “Jeremy” features lyrics written by vocalist Eddie Vedder and music written by bassist Jeff Ament. The song’s music was written before the band went out on tour in support of Alice in Chains in February 1991.

Ament on the song:

I already had two pieces of music that I wrote on acoustic guitar…with the idea that I would play them on a Hamer 12-string bass I had just ordered. When the bass arrived, one of [the pieces] became “Jeremy”….I had an idea for the outro when we were recording it the second time…I overdubbed a 12-string bass, and we added a cello. That was big-time production, for us….Rick [Parashar]’s a supertalented engineer-musician…Stone [Gossard, Pearl Jam’s rhythm guitarist] was sick one day, and Ed, Rick and I conjured up the art piece that opens and closes the song. That was so fun—I wanted to make a whole record like that.

In another interview, Ament stated:

We knew it was a good song, but it was tough getting it to feel right—for the chorus to sit back and the outro to push over the top. The tune went from practically not making it on the record to being one of the best takes. I’m not sure if it’s the best song on the album but I think it’s the best take. On “Jeremy” I always heard this other melody in the choruses and the end, and it never sounded good on guitar or bass. So we brought in a cello player which inspired a background vocal, and those things made the song really happen. Most of the time if something doesn’t work right away, I just say fuck it—but this was an instance when perseverance paid off.

“Jeremy” is in the key of A, and intertwines the parallel modes of major and minor frequently. It features prominent usage of Ament’s 12-string Hamer bass guitar, which is pivotal to the sound of the introduction and end of the recording. The song starts off with the bassline and quiet harmonic notes also on the 12-string bass, and continues in a sedate vein until after the second chorus, when densely layered guitars and vocals gradually enter. At the end the instruments gradually fade out until all that is audible is a clean guitar and the 12-string bass, like the intro. Both instruments play a descending minor key melody, fading out with one single note.

“Jeremy” is based on two different true stories. The song takes its main inspiration from a newspaper article about a 15-year-old boy named Jeremy Wade Delle, born February 10, 1975, from Richardson, Texas who shot himself in front of his English class at Richardson High School on Monday morning of January 8, 1991 at about 9:45 am. In a 2009 interview, Vedder said that he felt “the need to take that small article and make something of it—to give that action, to give it reaction, to give it more importance.”

Delle was described by schoolmates as “real quiet” and known for “acting sad.” After coming in to class late that morning, Delle was told to get an admittance slip from the school office. He left the classroom, and returned with a .357 Magnum revolver. Delle walked to the front of the classroom, announced “Miss, I got what I really went for”, put the barrel of the firearm in his mouth, and pulled the trigger before his teacher or classmates could react. A girl named Lisa Moore knew Jeremy from the in-school suspension program: “He and I would pass notes back and forth and he would talk about life and stuff,” she said. “He signed all of his notes, ‘Write back.’ But on Monday he wrote, ‘Later days.’ I didn’t know what to make of it. But I never thought this would happen.”

When asked about the song, Vedder explained:

It came from a small paragraph in a paper which means you kill yourself and you make a big old sacrifice and try to get your revenge. That all you’re gonna end up with is a paragraph in a newspaper. Sixty-three degrees and cloudy in a suburban neighborhood. That’s the beginning of the video and that’s the same thing is that in the end, it does nothing … nothing changes. The world goes on and you’re gone. The best revenge is to live on and prove yourself. Be stronger than those people. And then you can come back.

The other story that the song is based on involved a student that Vedder knew from his junior high school in San Diego, California. He elaborated further in a 1991 interview:

I actually knew somebody in junior high school, in San Diego, California, that did the same thing, just about, didn’t take his life but ended up shooting up an oceanography room. I remember being in the halls and hearing it and I had actually had altercations with this kid in the past. I was kind of a rebellious fifth-grader and I think we got in fights and stuff. So it’s a bit about this kid named Jeremy and it’s also a bit about a kid named Brian that I knew and I don’t know…the song, I think it says a lot. I think it goes somewhere…and a lot of people interpret it different ways and it’s just been recently that I’ve been talking about the true meaning behind it and I hope no one’s offended and believe me, I think of Jeremy when I sing it.

While the “Jeremy” single was released commercially to international markets in 1992, the commercial single was not released in the United States until June 27, 1995 and was only available as a more expensive import version beforehand. “Jeremy” was released as a single in 1992 with the previously unreleased B-sides “Footsteps” and “Yellow Ledbetter”, both of which can also be found on the compilation album, Lost Dogs (2003), the former as an alternate version, and the latter of which can also be found on the band’s greatest hits compilation, rearviewmirror (Greatest Hits 1991–2003). “Jeremy” became the most successful song from Ten on the American rock charts. The song peaked at number five on the Billboard Mainstream Rock Tracks and Billboard Modern Rock Tracks charts. The “Jeremy” single has been certified gold by the RIAA. At the 1993 Grammy Awards, “Jeremy” received nominations for Best Rock Song and Best Hard Rock Performance.

Outside the United States, the single was released commercially in Australia, Austria, Brazil, Germany, Indonesia, the Netherlands, and the United Kingdom. In Canada, the song reached the top 40 on the Canadian Singles Chart. “Jeremy” reached the UK Top 20. It peaked at number 93 in Germany, reached the top 40 in New Zealand, and was a top ten success in Ireland.

Chris True of Allmusic said that “Jeremy” “is where Pearl Jam mania galvanized and propelled the band past the ‘Seattle sound’ and into rock royalty.” He described it as a “classic buildup tune” and proclaimed it as “arguably Pearl Jam’s most earnest work and one of their most successful singles.” Stephen M. Deusner of Pitchfork Media said, “‘Jeremy’ is the most pat Freudian psychodrama on an album full of them.”

In March 2009, “Jeremy” was made available as downloadable content for the Rock Band series as a master track as part of the album Ten.