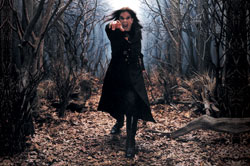 John Lydon, the frontman of Public Image Ltd. and former vocalist of iconic punk rock legends the Sex Pistols, has hit out against Ozzy Osbourne for what he perceives to be an endorsement of drug abuse. Speaking to the Sunday Mercury while promoting his new book, “Mr Rotten’s Scrap Book,” Lydon stated:

“‘Paranoid’ was one of the world’s greatest ever singles, but since then, the rumours of biting pigeon heads really, really haven’t impressed me. Ozzy now acting like a senile delinquent is equally unimpressive. The sly innuendo of promoting drug abuse and catatonic stupidity offends me.

“I’m not one for banning drugs. Quite the opposite. But I understand how to use them, and they don’t use me.

“Ozzy is clearly a victim, and selling that loser lifestyle shit to other people equally victimises them.

“That’s a shame. Ozzy’s a working class man, like me, yet he allows that to happen. By acting like he does all the time, he implies that we’re all stupid, the working classes. But we’re not, you know. We’re not! We’re the proper Britain, us lot.”