Adding two virtual unknowns to their roster, Deep Purple reinvented itself for a third time with 1975’s “Burn.”

By 1973, after six tumultuous albums with self-centered singer Ian Gillan, hot-tempered guitarist Ritchie Blackmore gave the band an “it’s him or me” ultimatum.

Gillan had threatened to quit in 1972 giving the band six months notice, but hung on to complete Who Do We Think We Are and its subsequent tour. In turn, Blackmore threatened to revive “Baby Face,” a project he’d begun in 1971 with Thin Lizzy bassist/singer Phil Lynott and Paice that ideally would have included Free’s lead singer Paul Rodgers.

A power struggle ensued, with keyboardist Jon Lord and bassist Roger Glover agreeing to continue with new players. Then Lord and Paice shifted sides, consenting to continue Deep Purple with Blackmore. The pair agreed with Blackmore that the band was stagnating, so Gillan had to go. To further appease Blackmore, Glover was told he was out as well. (Glover quit before he could be fired.) 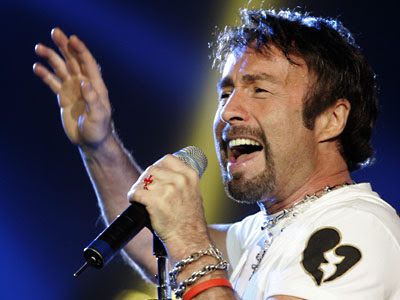 Talk of Paul Rodgers joining the band surfaced again after Gillan’s departure. Fate intervened in April 1973 when Lord and Paice caught a Trapeze concert featuring bassist/singer Glen Hughes at the Whiskey-A-Go-Go. Under the impression that Rodgers was about to come aboard, Hughes agreed to join Deep Purple. When Rodgers declined, opting to form Bad Company, the group toyed with the idea of remaining a four piece, but Blackmore wanted someone with a lower register to compliment Hughes’ high delivery. Other lead singers were discussed, including Mike Harrison (Spooky Tooth), Snips (Sharks), and Jess Roden (The Alan Bown).

A demo tape by an unknown 21-year old vocalist David Coverdale caught the group’s attention. Coverdale, who had a day job in a boutique, had been playing in numerous bands in northeast England since he was 15, including The Government (who’d once played on the same bill with Deep Purple) and The Fabulosa Brothers.

A nervous Coverdale auditioned and was offered the job of lead singer a week later. Overweight and pimply, Coverdale was put on an amphetamine diet that transformed him into a God-like frontman.

Given Coverdale and Hughes’ anonymity,Deep Purple’s 1974 release, Burn,was a commendable first step. It was the sound of a tired band rediscovering itself, a blend of rock, blues, R & B and heavy metal. Paice in particular sounds rejuvenated and works in perfect tandem with Hughes’ funky bass playing.

The opening title cut is a frantically paced speed metal reminiscent of the title track for Purple’s Fireball. Coverdale sounds petrified and Blackmore’s solo is showy and shaky, but Paice is relentless and Lord makes up for an out of character synth solo by then revving up his Hammond.

From his opening chords (which recall The Band’s “Chest Fever”) John Lord’s Hammond blankets “Might Just Take Your Life” with heavy metal soul. Coverdale sings the first two verses with Hughes taking the third amidst some hectic percussion by Paice. Lord excels with a high-flying ending solo, which makes up for Blackmore’s absence. (“Life” is one of the few Purple songs without a Blackmore solo.) Coverdale and Hughes’ locked-in harmonies prove the band was right in hiring them.

“Lay Down, Stay Down” mixes funk with rapid-fire rock propelled by Paice’s drum attack. The accelerated pace doesn’t mix well with Coverdale and Hughes’ R & B high notes, and also keeps Blackmore from getting his bluesy solo on track. Once he does though, he sounds like rippin’ Ritchie.

Blackmore’s jabbing, incessant riff and Coverdale’s deep demonic vocal carry “Sail Away,” a sinister combination of funk and rock. Coverdale’s lyrics show a creativity missing from the group’s songs since the departure of original singer Rod Evans: “If you’re driftin’ on an empty ocean, with no wind to fill your sails, the future’s your horizon, it’s like searchin’ for the Holy Grail.”

“Sail Away” is Coverdale and Hughes’ finest duet with the band. Lord sounds like a wizard casting a spell as he uncorks a rippling synth solo.

“You Fool No One” sports an inspired riff by Blackmore, a whip-snap arrangement, and frenzied vocals by Coverdale and Hughes. Paice sets the pace with a drum paradiddle between the cowbell, bass drum and snare drum.

The group borrowed the melody from Jimi Hendrix’s “Highway Chile,” for “What’s Going One Here?” stretching out the song’s twelve bar blues structure with Lord turning out a jaunty Tin Pan Alley solo on piano and Blackmore adding quick bursts of slide guitar.

“Mistreated” was an old song Blackmore had intended to use on Who Do We Think We Are? In a September 1978 interview with Steve Rosen for Guitar Player, Blackmore owned up that “Mistreated” was influenced by Free’s “Heartbreaker.” It’s the only track on the album that’s sung solely by Coverdale, who later admitted he was nervous he wouldn’t be able to make the song’s bluesy intent sound genuine. A bit overwrought, “Mistreated” nevertheless became an in concert showcase for Coverdale and Blackmore.

The band’s mixture of rock and funk proved to be a delicate balance. With the success of Burn, the new kids, Coverdale and Hughes, gained confidence, feeling they had the right to dictate the band’s musical direction. They added more funky grooves to Purple’s next album, Stormbringer.

No fan of R & B, Blackmore seethed quietly at first, but his frustrations boiled over during the Stormbringer sessions and he quit the band in June 1975. Instead of breaking up, Deep Purple surprised fans by enlisting American guitarist Tommy Bolin and recording Come Taste the Band. 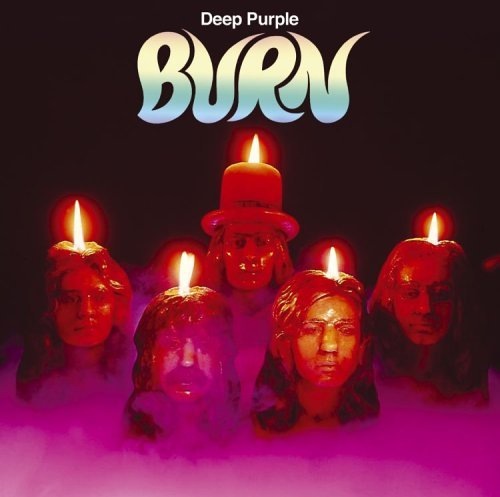