THE former lead singer of Iron Maiden was jailed for nine months yesterday after being exposed as a £45,000 benefits cheat on YouTube.

PAUL ANDREWS, 52, known to millions of rock fans as Paul Di’Anno, had claimed he could not work due to a bad back.

But the married dad of two was still touring the world with his own band – and investigators found clips of more than 50 live shows dating from 2004 to 2007 on the website.

Tattooed Andrews, who was sacked by heavy metal legends Maiden in a drugs row in 1981, admitted eight frauds.

Judge Jane Miller said at Salisbury Crown Court, Wilts: “Your public persona is not relevant. Your greed cost this country a lot of money.” 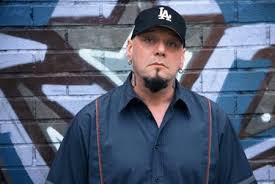