A new, limited edition 3-CD set from British grindcore pioneers NAPALM DEATH is out now in Europe for the price of just one regular CD.

The set includes the following releases:

The CDs come in individual jewel cases with the original, full booklets, and are all housed together in a slipcase sleeve.  The 3-disc set features 30 tracks and a total running time of almost 2 hours.

NAPALM DEATH – LIVE AT ROCK CITY is available now on iTunes as part of Earache’s INTO THE PIT live series, featuring 27 tracks from a classic NAPALM DEATH show in Nottingham, UK in 1989.  Get the live album now exclusively on iTunes at http://itunes.apple.com/album/live-at-rock-city/id407085295

For more NAPALM DEATH news and info, go to http://www.myspace.com/napalmdeath 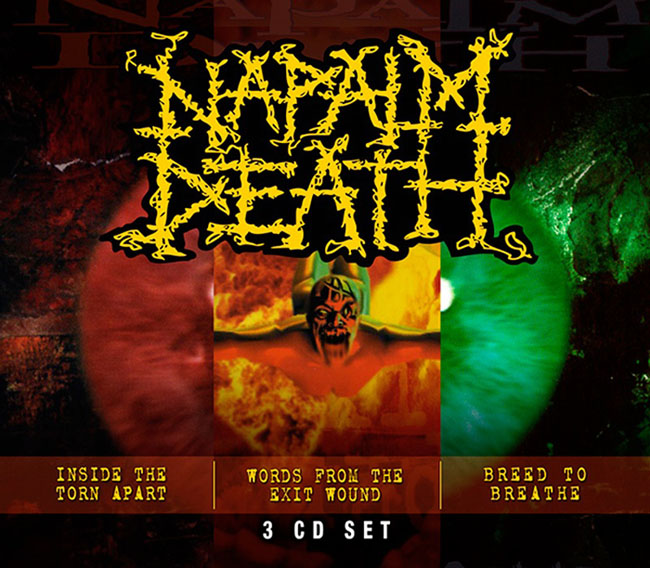