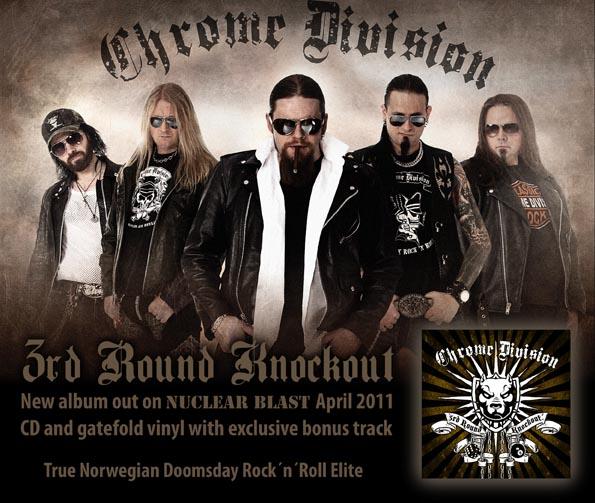 Check out  “Bulldogs Unleashed” on the band’s Facebook Player!

The final track listing for 3rd Round Knockout is as follows:

3rd Round Knockout was recorded at Marius Strand Studio in Oslo, and is the follow-up to 2008’s Booze, Broads And Beelzebub. The band’s debut album, Doomsday Rock ‘N’ Roll, was released in 2006 and included the song, “Serial Killer.”

CHROME DIVISION are once again working with video director Patric Ullaeus (DIMMU BORGIR, ENSLAVED, KEEP OF KALESSIN). Behind-the-scenes photos from the “Bulldogs Unleashed” video shoot can be viewed on the band’s Facebook page.

Fans can pre-order 3rd Round Knockout now at the Nuclear Blast USA webstore for $10.00.