IN SOLITUDE Premier First Single Off “The World.The Flesh.The Devil”

IN SOLITUDE have selected the track Serpents Are Rising as the group’s first single off their upcoming debut full-length The World.The Flesh.The Devil, in stores everywhere May 24. Decibel Magazine is hosting the premier on their website HERE .

Vocalist Hornper comments on the behalf of IN SOLITUDE:

“Certain fragments of Serpents are Rising are among the oldest parts of The World.The Flesh.The Devil and the song was steadily taking form throughout the whole writing and recording process, and the last parts were put together just minutes before it was recorded. It is certainly one of the more straight-forward and stabbing-paced songs on the album and I think it’s a worthy representative of that erupting energy of the album, as well as the self-sacrifice made. The poem was written by Viusiudad (of Reveal) and was given a title and put in song-context myself. And like everything with brother Viusiudad; a strange, holy and collaborative effort. Blessings to him! And the poem deals with the ever-present, ever-guiding and ever-rising inner serpent.”

Pre-orders for The World.The Flesh.The Devil are now live HERE: both the CD and a CD/T-shirt bundle are available.

On tour now alongside PENTAGRAM in Europe!! 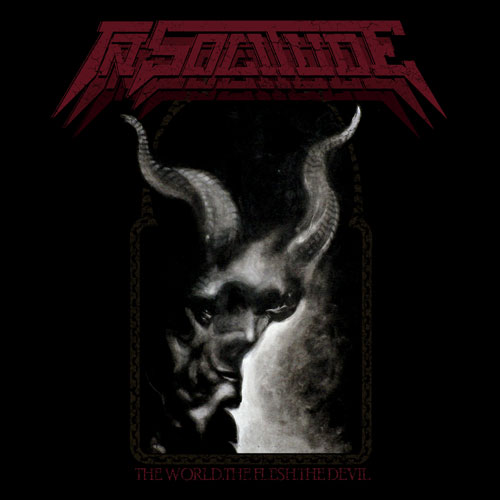 1. The World, The Flesh, The Devil
2. We Were Never Here
3. Serpents Are Rising
4. Poisoned, Blessed, and Burned
5. Demons
6. To Her Darkness
7. Dance of the Adversary
8. On Burning Paths