Extreme metalists Arch Enemy has released their brand new video for the song “Yesterday Is Dead And Gone” (directed by Patric Ullaeus / revolver.se). Head over to: http://www.khaoslegions.com, and click on the red marked countries on the world map to find out where you can watch the video. The video is streaming exclusively in the US on GuitarWorld.com at: www.guitarworld.com/archenemy.

Guitarist Michael Amott comments: “Here’s the visual companion to our new song ‘Yesterday Is Dead And Gone’. As you will see – we had a riot making it!!! The new ‘KHAOS LEGIONS’ album is to my ears our most diverse and musical creation to date. I’m looking forward to unleashing the KHAOS worldwide in a few weeks from now!”

Terrorizer Magazine has put Arch Enemy on the cover of their current May issue. You’ll want to definitely read this indepth interview with vocalist Angela Gossow.

Angela Gossow comments: “We are very thrilled about this month’s cover feature in UK’s most uncompromising and brutal metal magazine – TERRORIZER! Order it, nick it or ‘borrow’ it from your best mate and enjoy the quality in-depth interview(s) plus the mammoth poster spread inside (featuring an exclusive photo shoot with me for Terrorizer – so you won’t be finding those pictures anywhere else!). Grab this issue now before it’s sold out!” 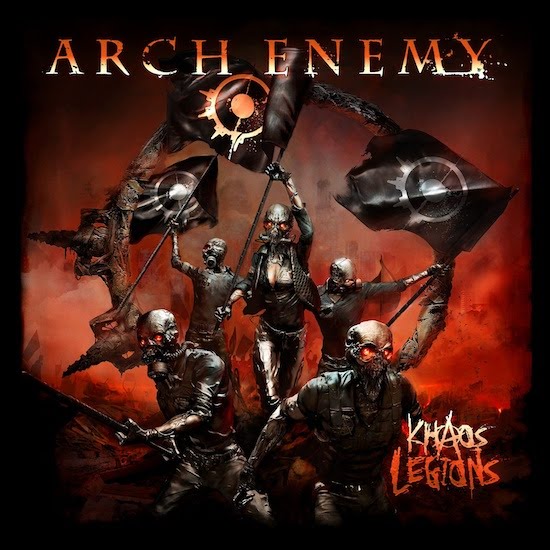