This time last month the internet, the television and the newspapers were ablaze with Osama bin Laden getting the justice that was coming to him after all of these years of hiding.  This month the media is obsessed with a batshit crazy baby killer walking away from three murder and child abuse charges.  The most impressive part is that her lawyer has the mental capacity of a used tampon and she was found not guilty. 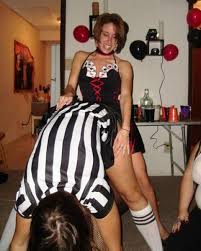 It really is a testament to exactly how fucking retarded the jury pool in Florida really is.  Once upon a time Sevendust took a lot of heat for Casey Anthony playing ‘The Past’ on a loop shortly after Caylee’s disappearance.  I figured she has to be sick of singing that one song to herself by now, and everyone knows the empathy I show towards crazy women.  While I may not be a sucker for mixtapes, I know that the key to any crazy girl’s heart is a mix CD, four margaritas and occasionally duct tape.  So lost in the shuffle of media requests and all of the other stuff that was sent to Casey while in jail was a mixtape that I made her.  Since it never got sent back to me, I sure hope she got it.

Alice In Chains – Killer Is Me (MTV Unplugged Acoustic Version)

The acoustic version is so much more haunting and then the outro shout of “I Wish I Could Just Hug You All, But I’m Not Gonna!” made it a worthy opening track.

Sure, you guys think I went soft here.  You couldn’t be more wrong.  I went full on Guantanamo Bay here.  Much as they torture the terrorists with Metallica, I can do much worse.

Step 1. Find an annoying song that will inevitably get stuck in the victim’s head for no apparent reason.

Step 2. Make that song impossible to avoid: Infiltrate the radio airwaves of all pop and rock stations or make it the second track on the mixtape from the only guy nice enough to send one.

Step 3. Don’t be an unappreciative bitch, and listen to my Goddamned mixtape since I wasn’t allowed to send you the alcohol or duct tape.

Step 4. Profit??? (Or pray this song drives her to the breaking point)

I knew Casey could bang her head to this song while locked up and it would even be sentimental.  With an opening line of “Follow Me Now And I Will Drown You”, maybe I was being a passive aggressive dick again.  God, this must be why I keep scaring off the ladies.

Type O Negative – Everyone I Love Is Dead

I figured the best part of including this song would be because she wouldn’t know why I actually put it on there.  Goddamnit, here I go with my underhanded jabs again.  I’m such a terrible person.

Soundgarden – All Your Lies

It’s pretty much perfect how “Loosely buying your cheating, your lying. Will make it mine, while never crying” is the catchiest part of the song.  I figured if this didn’t go on the mixtape I’d be a bad person.

I really hope she didn’t kill herself from 3DG to enjoy some Slayer.  She got locked up before she got to hear World Painted Blood in 2009 unfortunately.  The “Why am I so alive, while you lie still in the ground beneath me?” lyric was just another dick move on my part for which I’m (not) really sorry.

The whispers of “Like Murder” were probably over the line and she might be pretty pissed off and wanting to kill me by now.  Thankfully I’m used to crazy women with intentions to kill me and I think I can take her.  Also I wouldn’t fit in the trunk of her car which is a good thing.

Cannibal Corpse – An Experiment In Homicide

This seemed like a fitting closing to my little mixtape.  The good part of Cannibal Corpse and it being a mixtape is that the poor nutcase has no idea who or what she’s listening to.  Much like not knowing Spanish and trying to interpret three Mexicans fighting over custody of the lone box of Tide at a Laundromat, if you’re not into death metal it’s going to take you about 5,000 listens to make any sense of it.  It’s the perfect mindfuck for a perfectly crazy woman.