So everybody including us here at Braingell has reported on the news that Life of Agony frontman Keith Caputo is transforming into frontwoman Keith Mina.  I am personally not bothered by this aside from the fact that I never got to see them live although I did get to meet them when their set was rained out at Gigantour in 2005.  I was amused at how short he was, yet the woman with him was as tall as I was.  My question is this: Just because you want to be a woman, why would you hang up the band?  Even though you’ve made a couple of crappy albums, you still have one of the best voices out there.  I don’t care if you want to go out and be a woman every night as long as you can still sing.  I’ve seen Otep try to act like a man how many times now over the past ten years and she still can’t sing.

guard in France?  I have this strange feeling it’s not the first time that a black man has had him pinned down in the same position, which is probably where his God awful screeching habit that somehow made him famous came from.

How did Limp Bizkit’s Gold Cobra crack the top 30 of the Billboard charts?  I thought humanity all came to the agreement that we would forget the existence of Fred Durst until he was driven to suicide.  If they re-released this album as Platinum Cobra and omitted the vocals and DJ, I’d actually buy it to show my support for three talented musicians riding on the coattails of one of the biggest fucktards in the music industry.

How about Nick Oliveri (formerly of Queens of the Stone Age) with his assault rifle getting into a standoff with a SWAT team over a fight with his girlfriend?  If that’s not motivation to write some killer metal songs to I don’t know what is.  Six years removed from QOTSA, I’m kind of surprised he was ready to be in another relationship seeing how Josh Homme carries himself as a menopausal woman most of the time.  Though in fairness, Josh won back some cool points after appearing on Tosh.0 last season.

Speaking of Tosh.0, hopefully everyone got to see the uncensored clip for the world’s worst metal band from last month.  In case you didn’t, here it is: http://tosh.comedycentral.com/video-clips/web-redemption—the-heavy-metal-club 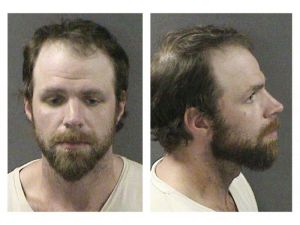 Michael Todd of Coheed and Cambria was arrested for armed robbery of a Walgreens demanding Oxycontin by saying he had a bomb.  It goes down as one of the stupidest things I have ever heard.  There are more legal ways to get drugs dude.  All you have to do is go to your local pain clinic and let them listen to Claudio Sanchez’s vocals for fifteen minutes and say “Yeah, I have to listen to that guy singing in my band every night” and they’ll prescribe any painkillers you could possibly imagine to you.

The new Five Finger Death Punch album to be released this fall sounds promising.  No, I haven’t heard any of it yet; I only saw it was named American Capitalist.  I am judging it solely on the title alone, since those two words are bigger than any of the words used on their previous album War Is The Answer (Because I Sound Like A Pre-Pubescent Playground Bully)

Who the hell decided that a Dream Theater/Trivium was a logical tour?  One side of the room will be Hot Topic kids that have to be home by 11 so they don’t get put in timeout and the other side of the room will be stoned and/or drunk metal elitist douches stuck in the 80’s that still reminisce about Yngwie Malmsteen and their matching mullets and jean jackets.  One can only hope for the most epic wall of death ever.  Permitting Dream Theater doesn’t price tickets so high that fans of the openers refuse to pay the price again that is. – as in I’m never paying $53 dollars for you to give Opeth less than an hour of an opening set again.  That’s probably what drove Mike Portnoy to musical suicide and made him join the whiniest, most popular band he could find, because even their tickets cost less.

1 Comments on “Random Grumblings Of A Crazy Metalhead Part 1”