Metal has always been strongly drawn to the dark side of existence, and that’s reflected in album art every bit as much as in the music itself. In honor of Halloween, we’ve dug through our archives and unearthed 15 of the creepiest, most unsettling album covers ever released—by Roadrunner artists or, frankly, anybody.

Sepultura‘s breakthrough album, 1993’s Chaos A.D., came wrapped in a cover featuring dark sci-fi imagery that was fairly typical of metal at the time, but there’s something about it that’s more disturbing than other similar depictions. Why is that guy all mummified? What’s that machine he’s being fed into? Whose hands are those coming up from the bottom of the image? So many questions…so few happy answers. 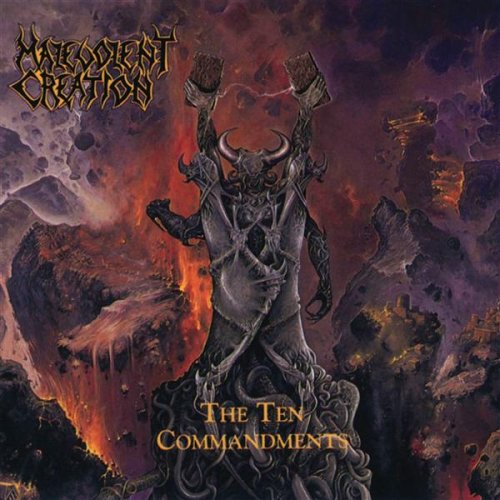 Gorguts‘ 1991 debut, Considered Dead, was heralded by this sleeve painting of a skeleton either emerging from or sinking into the stone of a long-abandoned tomb…meanwhile, some sort of hideous, vaguely spider-like creature floats in from the side, whether to harvest the remains or just stand watch over them, it’s hard to say. The whole image, from its ancient temple setting to the otherworldly beast itself, is strongly reminiscent of the work of horror pioneer H.P. Lovecraft. Weird, disturbing stuff. 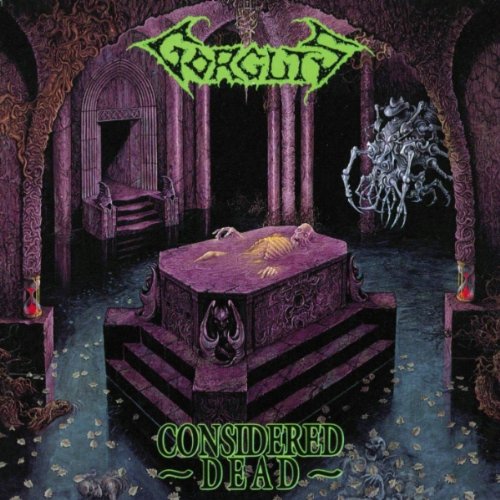 Suffocation‘s 1995 release Pierced From Within displays another dark fantasy setting, not unlike the Sepultura cover above. In this case, the album title is realized through the image of a man hanging suspended from chains in midair, with multiple spears jabbing through his flesh. Not a nice way to spend an afternoon…never mind eternity. 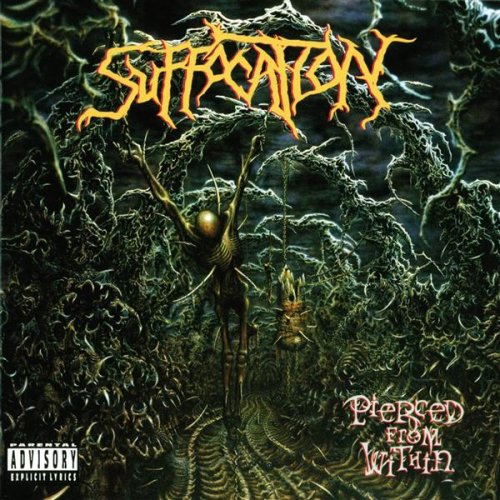 To check out the rest of the creepiest album covers  head HERE.