Well it’s that time again.  2011 is almost over.  Much like 2010 and the last ten years before, it was like the same game of mad libs replaced with different names.  It went sort of like this:

In the year 20__, _____ _____ was arrested for molesting boys, _____ _____ tragically died at a young age because of a(n) _____ addiction.  ____ ____ finally died because they were old as shit.  Lindsay Lohan was arrested for _____ this time and is now serving _____ in jail.  In an attempt for reelection, the President reported the death of our enemy ____ ____, marginally boosting approval ratings.  ____ was hit by a _____, a tragic natural disaster killing thousands.  Protesters took to the streets in disapproval of ____ as news outlets pretended it was the first time anybody has ever stood up for something, but like always nothing came of their actions.  In sports, ____ ____ got caught doing drugs, rocking the ____ league to the core.  Nickelback tortured us yet again with their single _____, and classic rock band ____ reunited thanks in part of their desperation for money.

Thankfully the metal scene was a little more refreshing this year where some wonderful albums were released to make this year not as painful and repetitive for us metalheads as it otherwise would have been.  Here is my top ten and five of my honorable mentions.  Fear not, there will be no such inclusion of Lulu anywhere here or Five Finger Death Punch’s new release Songs Written By The 4th Grade Playground Bully American Capitalist.

10. Machine Head – Unto The Locust 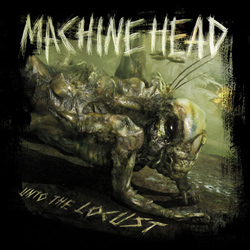 Machine Head had some pretty big shoes to fill when releasing the follow-up to The Blackening and they did a pretty good job at it.  While it doesn’t match the top to bottom epic journey that The Blackening was, it does give each song more of a chance to thrive individually.  ‘Locust’ was a pretty awesome first single that built up great hype.  When we did finally get to hear the whole album there were plenty of moments for every band member to shine on the record.  I do wish they would have made the long intro to ‘I Am Hell’ a separate track so that I could get right to the blistering part of the song. 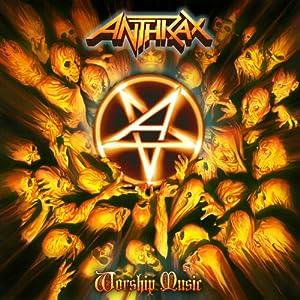 This was a very nice return to form that we’ve been waiting all too long for.  The return of Joey Belladonna could only mean great things and hopefully nothing infused with rap.  There are plenty of fist pumpers to be found here and a reason to believe that Anthrax is still alive and kicking.  It wasn’t earth shattering or reinventing the wheel but they did it damned well.  Also I will admit that the album art was simple yet probably my favorite this year. Septic Flesh also had quite a big set of shoes to fill in 2011.  After becoming a mainstay name in metal by touring with the likes of Cradle of Filth, Satyricon and Behemoth in support of their epic release Communion, they decided to make another album just as wonderful but seemingly even heavier and darker.  It’s both beautiful and morbid and leaves me wondering if the band has a ceiling in how far their sound has progressed.

These guys don’t seem to disappoint, it’s just a shame they’re denied the acclaim they deserve outside of the more underground metal circles.  If you like metal, hardcore, punk, or grindcore, it’s like a perfect mashup of them all found in one album.  Maybe the lack of mainstream coverage is the best thing that can happen to them when it comes to making awesome releases that aren’t anchored to one sound.

I saw reviews of this album that involved complaints, and I can’t figure out why.  It’s hard to make an album this brutally heavy still sound beautiful.  Besides, they are the band that I look to when I need something to fill the void between Behemoth albums.  They are one of the finer examples of technical death metal that isn’t just countless songs of wankery trying to show off how much talent they have, which comes as more than a bit of a refreshing change.  Agony is an enjoyable, in your face listen from top to bottom.

To say the least, Beast is appropriately titled.  The album keeps the grooviness that Devildriver is known for but brings back the punch in the mouth that had been missing since The Fury Of Our Makers Hand.  It’s not that Devildriver has ever gotten soft on us; it’s just that they decided to get heavier when they created this Beast.  There was no relenting here as if the whole album is the soundtrack to a giant moshpit and they are taking no prisoners.

Mastodon finally decided to get away from all of the critically acclaimed themed and concept albums that have turned four guys from Atlanta into a Grammy nominated A-list band.  Make no mistake though; it’s still the same amazing Mastodon, just possibly weirder if that were possible.  Instead of songs tying into one another, it’s another psychedelic adventure this time with every song being a different treat.  Envision yourself doing acid and jumping off of the bouncing mushrooms on ‘Mario Kart’.  Now you know how to digest this masterpiece. You know what is awesome about this album?  Everything.  If you’re a fan of Amon Amarth, this album is wonderful.  If you’re not a fan of Amon Amarth, this album is wonderful.  There isn’t much more you could ask for in a metal release and the only reason it isn’t my number one album is because of its predictability when you expect nothing less from them.  From the opening track to the bonus System of a Down cover of ‘Aerials’ there is nothing to complain about here.  ‘Doom Over Dead Man’ still sticks in my head as one of the finest songs they have ever written.  The two albums ahead of Surtur Rising had to earn their spots from me this year.

Heritage would easily run away with the title when it comes to how many times I’ve played it.  It’s not often that I learn every word to an album within the first four days of release as I did with this one.  Much like Amon Amarth, I expect nothing short of greatness from Opeth.  The biggest difference is that Opeth likes to keep you guessing.  That left a lot of people with bitter tastes in their mouths when this came out.  So it was either at the top of the list or somewhere in the toilet with no in between for heavy metal fanatics.  For that reason I wouldn’t feel right making this the sole number one metal album of 2011 since its debatable how metal it really is and I was torn between this and another album taking the honor.

This probably comes out of leftfield to a lot of people, because why the fuck isn’t this on many end of the year lists?!  In the past I always threw All Shall Perish into the giant lump of deathcore/metalcore bands out there without giving it much thought.  In all honesty most of these bands always seem to strive to sound exactly the same because it is what’s relevant right now and the kids will keep eating it up if everything sounds like Whitechapel or Suicide Silence.  After the first listen to This Is Where It Ends, it’s apparent that this isn’t one of those records.  This is my number one album of 2011 because it sets a new standard and raises the bar for all of the other bands in the genre.  It is 53 minutes of intricate musicianship mixed with heavy as fuck, yet still decipherable vocals, all wrapped into a very catchy package.  It is a nice relief to see the –core label infused with a giant dose of straightforward heavy metal, talent and originality.

This album was a bit too bipolar to make the top ten for me.  There were instant classic Trivium tracks mixed in with the “Hey mainstream radio, look at me!” that don’t make it a completely enjoyable effort without skipping a few tracks.

Since I reviewed this album earlier in the year, it’s grown on me a bit more I’ll admit.  Seeing the songs played live a few times also helped with the growing process here but quite frankly the other albums on this list are just much better.

Megadeth promised experimenting of sorts and “something for everyone” here.  It’s a solid album and much better than anything from those darker times of theirs called the 90’s, but at the same time it doesn’t deliver any knockout punches either.  As always the instruments are precise and Mustaine’s vocals sound the same, but nothing jumps out.

Thankfully Kittie didn’t entirely fail us and put out an album I almost included in the top ten.  The album shows a shitload of promise for this lineup and the emotion running through the album makes it a keeper.  I just think there is a lot more potential waiting somewhere in there.

Make no mistake, this is an excellent album and sits up near the top of many top ten lists this year.  It should probably be on mine as well.  The only thing that holds me back on Skeletonwitch here is that from song to song to album to album it all gets a bit monotonous for me at times.