Danish death metal mercenaries PANZERCHRIST are releasing their seventh album, aptly entitled The 7th Offensive on July 15th on Listenable following their previous and highly- acclaimed 2011 release, Regiment Ragnarok.
PANZERCHRIST used three different studio to complete their new assault.  Guitars and bass were recorded in the Igloo by HR Swan, drums  were recorded at AMP studio by Jens Förster and Markus Ziemer and vocals and the final mix were done in Death Island Studio with engineer Marco Angioni.

Although very extreme musically on a constant basis, PANZERCHRIST have never quite done the same album twice.  The 7th Offensive shows a slightly more melodic and evil approach to the guitars; enhancing the grey, sinister feel of a battlefield. The band’s intended bleak sound was without a doubt achieved. The album also sees PANZERCHRIST return to the ultra-guttural and pure death metal styled vocals.

Make no mistake, PANZERCHRIST ‘s new album retain the violence and über-brutality the band has been known for.  As the band says, “THE WAR IS OVER,  LETS START A NEW ONE , DEATH FOREVER PANZER!” 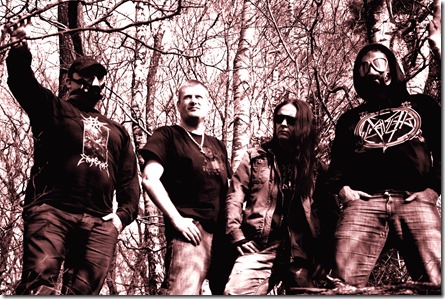