German industrialists Rammstein played a pyrotechnic and special effects-laden headline show at the second day of the Sonisphere festival at Knebworth  (July 31).

Flamethrowers attached to microphones, mouth mounted LEDs and a vocalist sailing over the audience in a “dingy type thing” were among the highlights of their set, together with a stand out version of ‘Sonne’ to kick off the band’s well-received encore.

Earlier in the day recently-reunited Skunk Anansie took to the Saturn Stage, playing a set mostly comprised of hits, including ‘Charlie Big Potato’ and ‘Weak’.

During the final chorus of the latter, singer Skin ran off the stage and crowdsurfed. The band also announced September 13 as the release date for their next studio album ‘Wonderlustre’, and played the first single from it, ‘My Ugly Boy’.

Placebo played the Apollo Stage, including in their set a cover of Nirvana’s ‘All Apologies’. Later in the night, Therapy? played the Bohemia Stage, with the intention of playing their 1994 album ‘Troublegum’, from beginning to end. After two false starts, thanks to the power in the tent failing twice, they did exactly that. 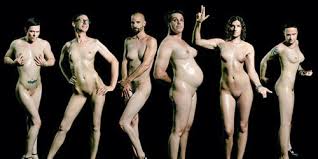