Joe Elliot and Ian Hunter Involved in Gig Punch Up 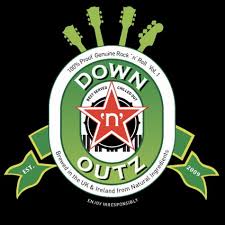 The truth is out. As many of you have speculated, there was indeed a major bust-up at Classic Rock’s High Voltage Festival involving Joe Elliott, Ian Hunter and a bunch of roadies.

The incident occurred at approximately 8.10pm on Sunday, July 25.

After a set by the Down’N’Outz, Elliott invited Hunter on stage to perform a selection of Mott The Hoople classics.

Unfortunately, Hunter only managed two songs before the sound mysteriously cut out…

The Sun newspaper carried the following sensationalist report this past Saturday:

‘Ageing rockers started a mass brawl when they were told to stop playing early.

‘Def Leppard singer Joe Elliott, 50, and rock legend Ian Hunter, 71, charged roadies, wielding their guitars ‘like axes’ after power to their amps was cut off.

‘The pair then kicked off a 30-man punch-up, screaming: “Let’s have it, you bastards!”

‘The battle in London’s Victoria Park started when the pair’s supergroup Down’N’Outz were only allowed two songs because Emerson, Lake And Palmer were due on stage.

Classic Rock’s Scott Rowley, who witnessed the scuffle first-hand, clarifies: “Actually, there were only 15 or 20 people fighting.”

For the full, unexpurgated story, make sure you pick up the next issue of Classic Rock (on sale August 18).

← Could Makh Daniels Death Have Been Prevented
Joe Perry: I Only Found Out About Tyler’s American Idol Rumor On The ‘Net →