AFTER 35 years of hard riffing – and boasting an average age of 53 – Iron Maiden are enjoying the biggest success of their lives.

Their new album The Final Frontier, their 15th studio album, has rocketed to No1 in the UK and 12 other countries around the world.

Lead singer Bruce Dickinson, 52 – also a full-time airline pilot, successful writer and a keen fencer who represented Great Britain – believes their success is down to their uncompromising normality, good tunes and an amazing live show.

He said: “I loathe all the celebrity crap – all the minders, the backstage glamour and the glitzy bollocks. We hate it all.

“We are all about the music. If we could beam ourselves back home after a show, we’d go to the shops as if nothing had happened.

“The rest is just fluff. It’s nice but it’s bollocks in the grand scheme of things.

“We got rid of most of our rider. We just have three loaves of white bread, some butter, a tin of tuna fish and some beers.

“People come backstage looking for the spread of food and we say, ‘Go make yourself a sandwich’.

“And we don’t want vases of flowers. Do we look like the sort of blokes who have flowers in our dressing room? 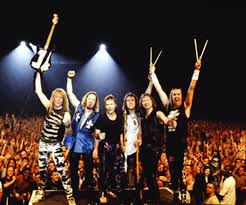 “We are simple and straightforward and give our fans what they want.

“We’ve had a string of successes over the previous few years and it has been consistently building. But this year seems to have focused everybody’s attention.

“It seems like a spontaneous phenomenon to the outside but it’s been bubbling away for a few years. We seem to have reached a tipping point this year.”

Iron Maiden, formed in east London more than three decades ago, have had plenty of time to fine-tune their act.

One thing’s for certain – they have not done it on their looks.

Their latest album sleeve features a backlit picture of the band, presumably so as not to scare the kids.

But their loyal fans all over the world cannot get enough of The Mighty Hammers, as they call them, because of their epic live sets, their hard rocking sound, their famous T-shirts and their iconic monster Eddie.

Bruce – who picked up a Brit Award for Best British Live Act last year – said: “We’re pretty straightforward. We just go out and give it large every night.

“For every little sensitive beginning to each song, there’s a bone-crushing finale.

“And that is what people want. We take people on a journey. It’s pure escapism.”

While the rest of the world – especially the music industry – has changed around them, Maiden have stuck to their course like an old-fashioned piece of solid British engineering.

Bruce added: “We’ve been a relatively constant fixture in the music industry and a lot has changed. But it’s only the method of delivery. Digital has come along and replaced CDs and vinyl.

“Some things have not changed – and that’s how good you have to be to make it.

“You have to be very determined. You must have something special that nobody else can do – a sound or songs or performance. That’s just the same when we’re in the digital age as when it was all vinyl and records.

“And now, more than ever, you’ve got to be good live. We still exist as a force within music because we’re still making different-sounding records on our own terms.

“They are records that engage our fans and we still go out and tour them.”

The mighty Maiden insist their latest No1 is thanks to new teenage fans rather than ageing headbangers who enjoyed their chart-topping Eighties albums The Number Of The Beast and Seventh Son Of A Seventh Son. 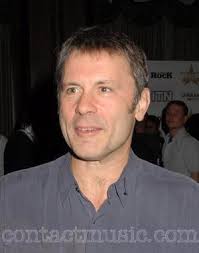 Bruce said: “Being on stage gives you one big advantage – you get to see who’s coming down to the front.

“And we’ve noticed for several years that they are getting younger. It’s the one thing that makes it fresh every time we go out on tour. It’s not the same old faces.

“Over the past ten years we’ve been putting out albums and the kids coming to the shows have grown up with those albums, not the older stuff.

“We occasionally see families coming and it’s great if you see a dad bringing his son to his first show as a rite of passage.

“But, generally, it’s the other way round – the kid bringing the dad. A huge part of our new fanbase all over the world are 14-year-olds who are excited we have a new album out.”

The band have just completed a major world tour, which climaxed in the UK with a performance at metal festival Sonisphere.

Bruce said: “We would never do a TV show like X Factor and we would never play Glastonbury. I cannot stand X Factor.

“I’ve been offered all sorts of reality TV. One guy offered me a programme which involved me having my poo examined. I thought it was a wind-up. I told him where to go in no uncertain terms.

“Glastonbury is a bit too cream cakes and afternoon tea for us. It’s all yurts and people being far too polite.”

It’s incredible that the band have remained on good terms after so many years – although there have been some comings and goings. Bruce quit the band in 1993 to pursue a solo career, returning towards the end of the decade.

He said: “The Nineties was an unusual period. It was a dark time for Maiden. I wasn’t in the band for five years of it – because I’d quit to do solo stuff.

“It was generally a difficult time. But you’re bound to have periods of limbo. If you can surmount those obstacles you come out of it with greater awareness of why you still exist as a band.” 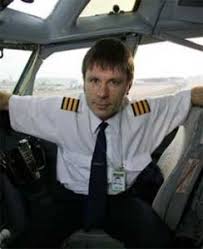 He says the secret of remaining pals with his bandmates is knowing when to give one another space. Living on opposite sides of the world helps, too.

Bruce said: “We’re all from different backgrounds. We all have different ways of looking at the world but we’ve all come to understand each other and live with each other. We all love each other.

“When you’ve been that close to people and lived on a bus with them, you know when to give people space. At the end of a tour we all disappear off to the four winds.

“Steve lives in the Bahamas, Nicko lives in Florida, Dave lives in Hawaii and Janick has moved back to Sunderland. I still live in London.”

Bruce is remarkable. He has published two novels – including The Adventures Of Lord Iffy Boatrace – and still holds down a regular job as a captain for airline Astraeus when he is not on tour.

When he IS on tour, he flies the band around in their private Ed Force One Boeing 757. But with Iron Maiden more popular than ever, Bruce now accepts that he will be rocking until he dies.

He said: “At the start of every tour we think this will be the last one. By the end we’re disappointed and think, ‘Is this it?’

“So we’ll carry on as long as we’re having fun. You may as well go down doing something you love.

“We will be back to tour this album and after that we should be looking at a big resumé tour – an unashamed tour with all the greatest hits.”